Saptarishi: seven sages from ancient India who were endowed with divine powers and an ocean of knowledge. They were adept with weapons, and each Saptarishi is a representative of a Tatva ( basic elements like spirit, fire, water, stone, nature, sky and air). Saptarishi Caves, situated under the Mount Kailash, is accessible through a very challenging trek where one has to climb a wall which is almost 90 degree vertical. It is said that many sages still live under the Mount Kailash in these caves.

Consisting of 13 Chortens, the Saptarishi Caves are assumed to be the home of the seven rishis who were an ardent devotee of Lord Shiva…

The Saptarishi Caves are considered to be an extreme hub in the Nandi inner Parikrama as well these caves are counted amongst the most difficult treks experienced at the time of the Inner Kora. This Kora is done at the time of Kailash Manasarovar Yatra that is majorly prominent as an immensely favoured journey to witness the divinity of Mount Kailash. Not only its shape is highly unique, but Kailash’s mysteries as well as the spirituality associated with it are responsible for making this peak majorly recognized by a large portion of the world’s population. Whether they are Hindus, Buddhists, Bon Pons or Jains, Mount Kailash holds equal importance for each one of them as a result of which it is not solely a place for a single religion but for many of them. However, the fascinating spiritual stories associated with this tall peak differ from one religion to another. There are a good number of spiritual hubs spotted in the midway of Kailash Manasarovar Yatra and one of these are the Saptarishi Caves.

The Saptarishi Caves are located at a great elevation of approximately 6000 metres and also are known to be one of the very hard treks in the Kailash Manasarovar Yatra. Leave Atmalingam and then you will be facing a wall that is almost vertical so that it can be climbed for the pious Saptarishi caves. These caves consist of the thirteen chortens which are well managed as well as maintained by the Gengta Monastery situated in the Inner Kora also known as the Inner Parikrama.

Also, there is the prevalence of a long horizontal crack in the cave itself that is present solely with an intention of ensuring that nor the rocks neither the snow falls on these 13 well reserved Chortens in the cave, also protecting it from some external damages. The walls of these caves are red in colour since it has followed the Tibetan tradition and also, many find it unique as majority of the visitors who come here put their books, and other belongings at a specified space in these caves with the sole aim of paying homage to Lord Shiva and thanking him for his eternal blessings on them.

Those who are present here are surely going to witness abundant religious books in these caves which you can read and have a look on. Also, one is going to see the Nandi Mountain from the Saptarishi Caves and the Nandi Mountains resemble Nandi the bull to a great extent that is a sacred vehicle of Lord Shiva as well as the messenger who is responsible to transfer devotees’ wishes to Lord Shiva who is engrossed in deep meditation.

Talking about the treks of Inner Kora, Saptarishi Caves’ trek is considered to be the toughest as a result of which only the experienced mountaineers can have an access to its trekking. The Saptarishi caves are located at a distance of 11.3 km away from Darchen’s camp and one can reach Silung Gompa right from Darchen with the help of a local transport and the real phase of Kora commences once you de-board the bus and start walking to continue the Parikrama. Mentioning the accommodation facility for those who are seeking to visit Saptarishi Caves, it is considered to be at Darchen. Darchen is a hub of the lodging facilities for the tourists and also you can experience a stay at Nyalam elevated at about 3750 metres. But, it is preferable to stay at Darchen for those who are going to the Inner Parikrama as it is known as the most favoured choice of stay. 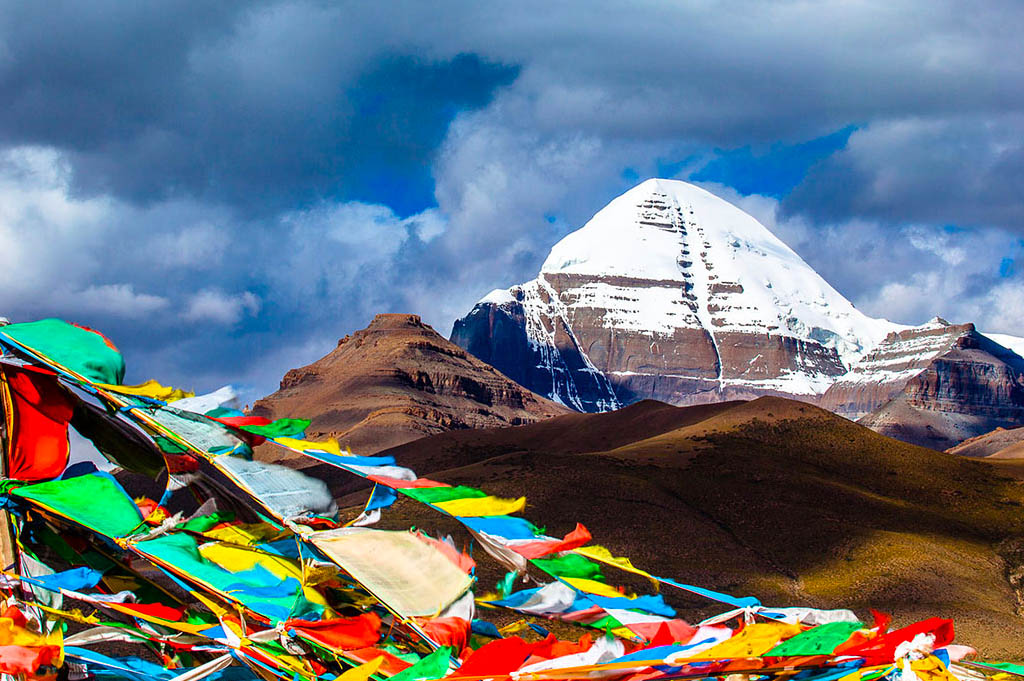 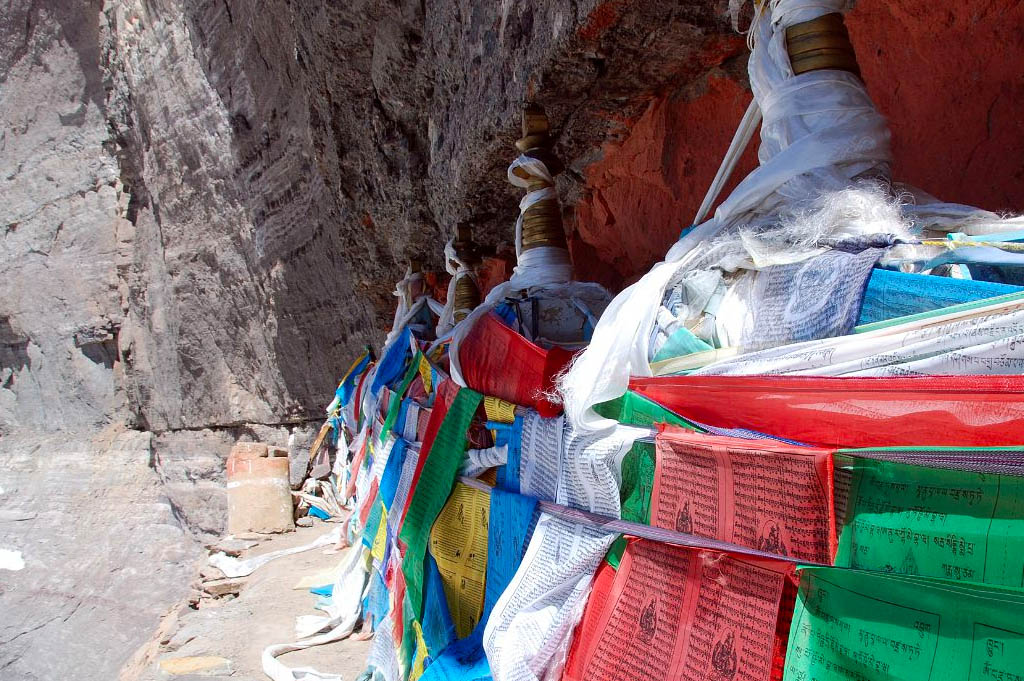 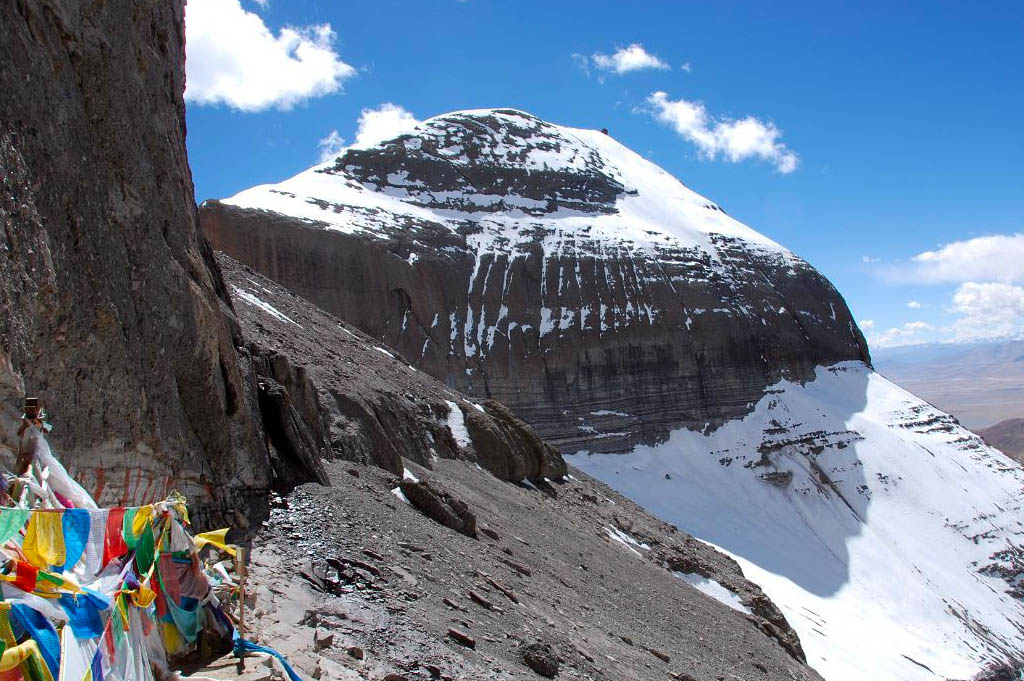 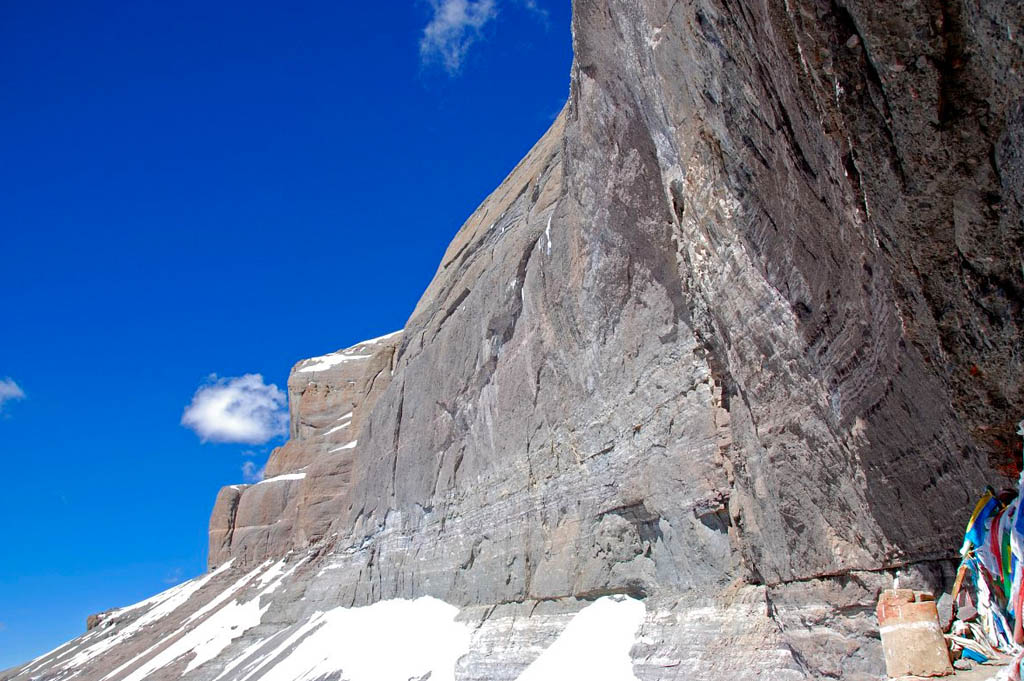 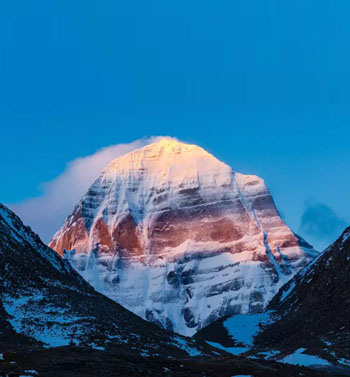 A winsome mystical agglomeration, a heavenly abode to Lord Shiva, an immensely esteemed pious destination ardently followed by thousands of devotees from all over the world- this is what defines the spiritual as well as.. 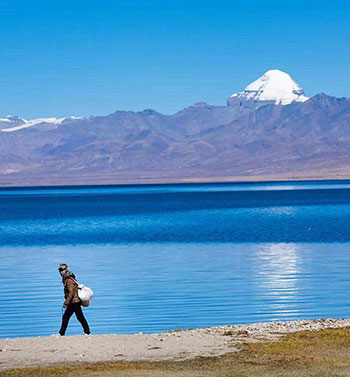 The holiest lake of Tibet and also considered to be the world’s highest fresh-water lake, Lake Manasarovar is clipped in the far western Tibet Ngari Prefecture that is known to be ‘not so far’ from the mighty Mt Kailash. 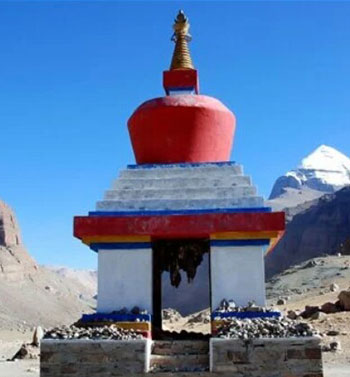 Situated in the foothill of holy Mount Kailash, the Gate of Salvation, the Yam Dwar is one of the most prominent destinations in the Kailash Manasarovar Yatra. Engross in its spiritual relevance and feel serene! 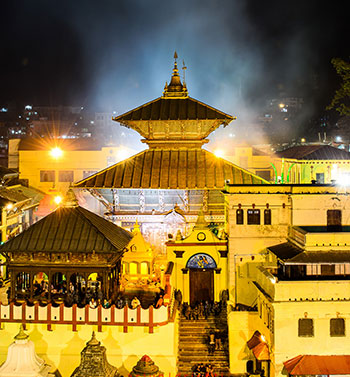 Pashupatinath is a Hindu temple stands in the center of the town of Deopatan, in the middle of an open courtyard on the banks of the Baghmati River, the village is 4 km far away from Kathmandu in northwest. 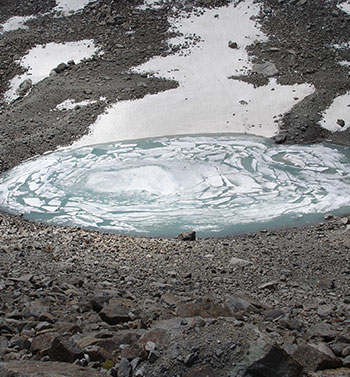 Gauri Kund, a water body that is also known as the Lake of Compassion, lies on the way while Siwasthalgoing on downwards from Dolma - La (Dolma Pass). This steep descent from Dolma Pass is a wonderful lake which is at an.. 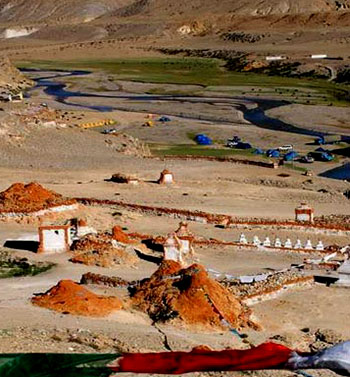 Next to the Sutlej River on the north bank, the Tirthapuri Hot Springs fill the infertile backdrop for this area with steam. Devotes normally visit Tirthapuri after the Kailash pilgrimage this is also considered that.. 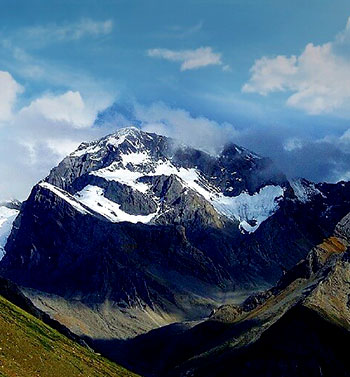 OM Parvat is the magical and inspiring Himalayan mountain peak that rises to an altitude of Om Parvat Hindu mantra6191 m lying in the Darchula district. It is known by various names such as Adi Kailash, Chhota Kailash, The lake of the Demon. Rakshas Tal is situated west of holy Manasarovar Lake near Mt Kailash. The river Sutlej originates from the north-western tip of Rakshas Tal. At the height of about 4752 meters (15,591 ft).. Located at an altitude of 3,610 meters (11,872 feet) at the base of the Thorong La mountain pass in the Mustang district, Muktinath is a highly venerated sacred place for both Hindus and Buddhists. Nandi Parvat is considered to be one of the most vital peaks in Kailash Mansarovar Yatra and thus holds utmost significance. A visit and trek to Nandi Parvat is only possible during Kailash Inner Kora tour. A highly mysterious country, Tibet contains some of those breathtaking historical sites which you can’t even imagine would have existed and one of these is the Guge Kingdom. It is counted amongst the most powerful.. The highly devoted Yatra to reach the ultimate Heavenly abode of the almighty Lord Shiva i.e. the Mount Kailash is counted amongst the most difficult terrains of all times. But, its results are undoubtedly fruitful...