Soaring up to a massive height of 22,000 feet is Mount Kailash that is prayed by majority of the religions all across the globe. This holy place has always maintained a special place in the hearts of its visitors since it is known as the abode of Lord Shiva. It is said that Shiva along with his family stays atop Mount Kailash. The mountain is sacred especially to four religions i.e. Hinduism, Jainism, Bon Po and Buddhism. Each one of these have a special story to tell about Mount Kailash.

The South face of Mount Kailash looks extremely beautiful and undoubtedly, it is a beauty! Gradually, as the pilgrims start moving further, the view starts getting more gorgeous. The entire region gets complemented and its beauty enhances to utmost with the South Face of Mount Kailash. It always looks like the mountain is talking to you.

This has been considered as the most beautiful creation of God. The south face of Mount Kailash starts getting visible right from Yam Dwar. During your whole Lake Mansarovar Parikrama, you can enjoy the heart stealing views of Mount Kailash’s South face. It is going to show you the back side of Mount Kailash and the long line showed on it resembles the spine. Thus, the devotees consider it as the spine of Lord Shiva. Whenever the snow melts, this spine like path paves the way for its accumulation at the Atmalingam. 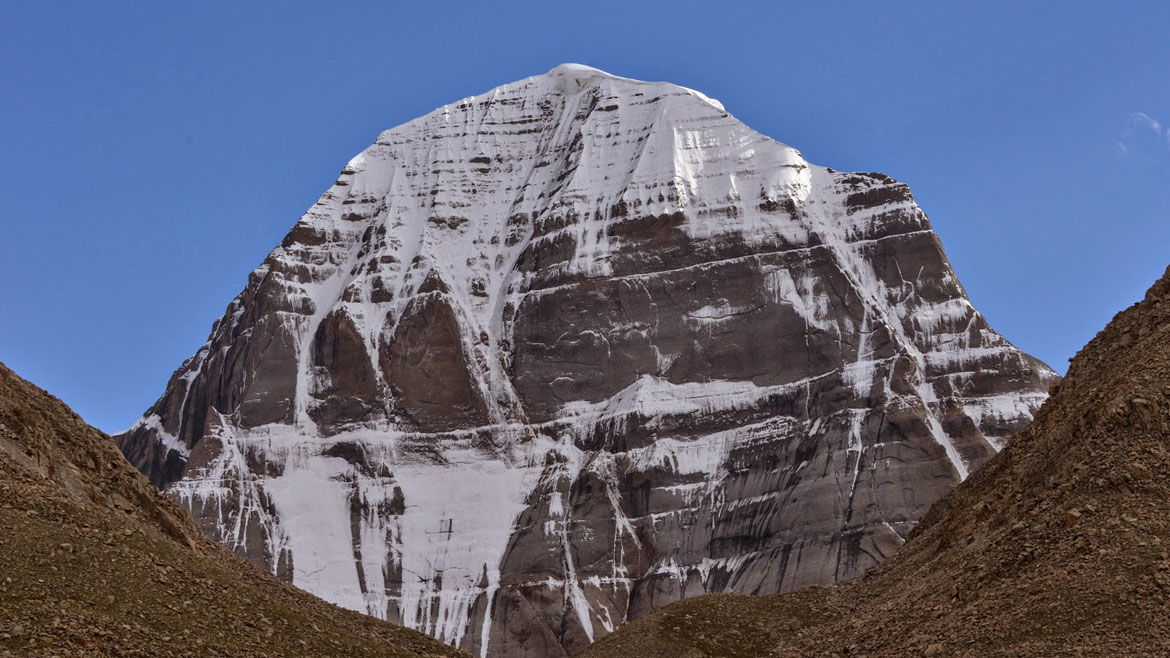 The other majorly renowned face of Mount Kailash is none other than its northern side. While hiking during the Kailash Yatra in order to reach Dirapuk, if you turn your head around, you can see the North face of Kailash. It is known as the face that has always succeeded in driving the devotees to do the pious trek to Kailash. While doing the Charan Sparsh, you can immerse in the beautiful North face of Mount Kailash.

A dream come true for thousands; the Northern Face looks as beautiful as it can be. The south face showcases the brighter side of Mount Kailash when the sunrays fall on its surface. It is known as the Golden Kailash. It has been named so because while having a glimpse at it, you will see that the sunrays are making the mountain look shiny golden in colour.

Just hike further for a distance of approximately 1 km and you’ll be able to see a clearer view of the Mount Kailash. This would be more gigantic, magical and majestic as before. You can sit on the ground for a while and have some peaceful time there while chanting the Shiva mantra. 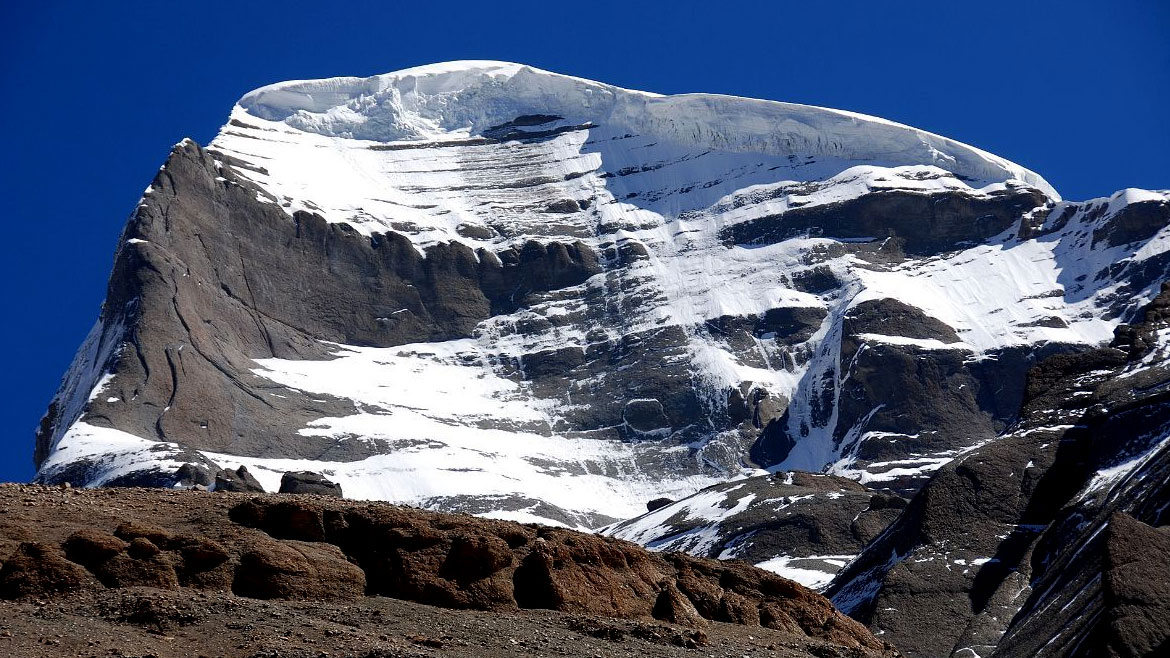 The East face of Mount Kailash is visible during the Inner Kora. The moment, the western face of Mount Kailash stops showing its appearance, its east face starts taking the scene. The Inner Kora trek is a journey of 34 km that lies on the foothills of Mount Kailash. It contains Atmalingam, Saptrishi caves and Nandi Parvat too. The Eastern face is visible till a smaller distance after reaching Gauri Kund. Later on, the view starts diminishing as other mountain ranges commence taking the space. The most difficult phase of the Kailash Trek that is from Dirapuk lets you have the glimpses of East Kailash.

Start from Dirapuk, gradually ascent towards the highest point Dolma La Pass and then descend till you reach Gauri Kund. Until this, you are going to have a full view of East Face. After that, till a certain small distance the pilgrims won’t be able to spot the Mount Kailash. 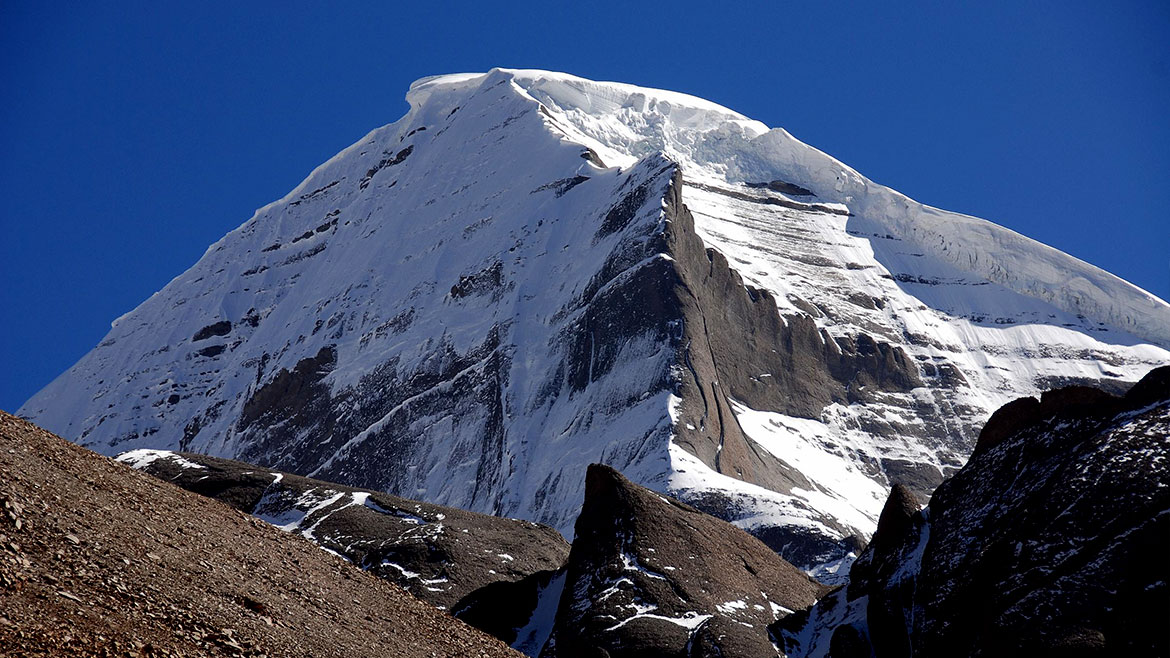 Just in case you concentrate on this side of the mountain, you would be able to picturize a big face on it. Well, many did and may you also do! You can just sit on a rock and gaze at it till the time you want.

Mount Kailash has always proved as a true example of beauty. Its four faces are quite significant in every aspect, whether religion or beauty! The home to Lord Shiva carrying high divinity, you are going to seek utmost pleasure here. 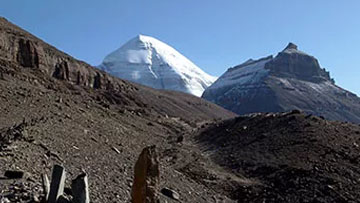 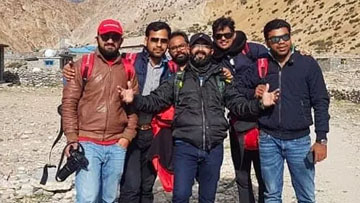 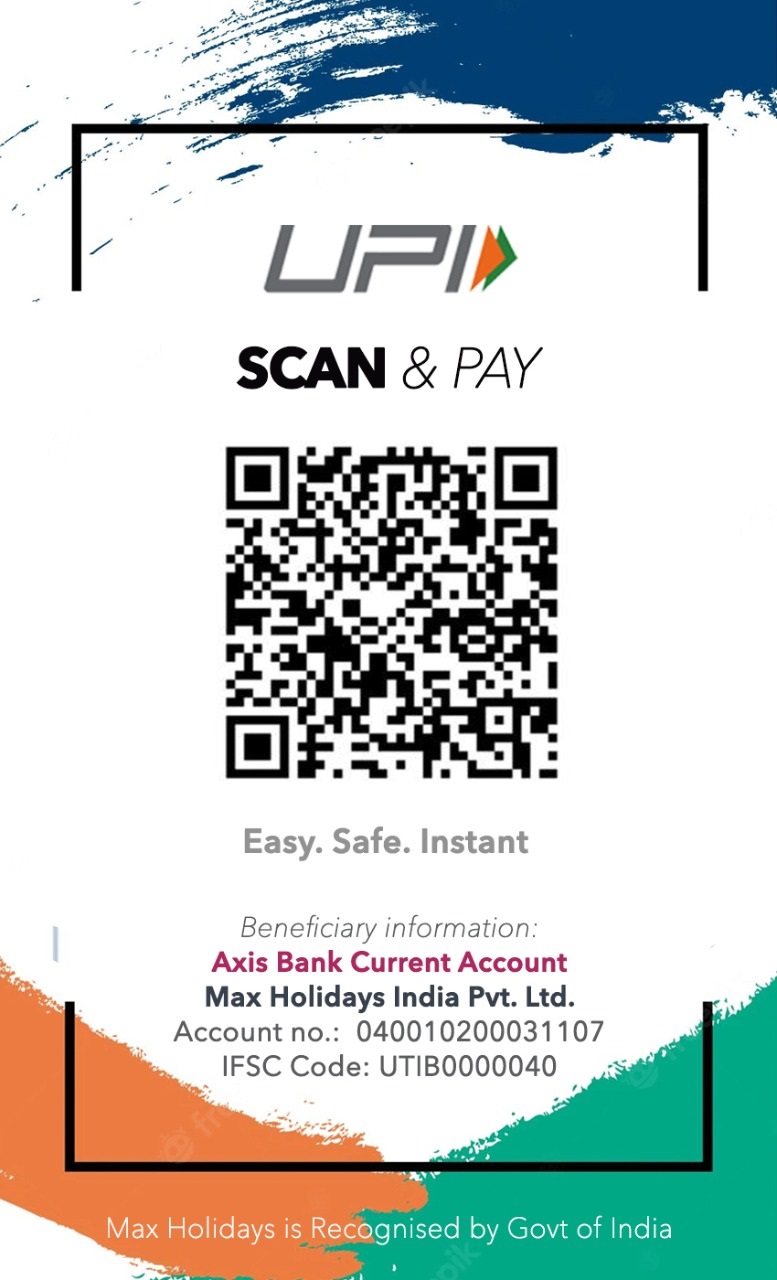